How to Skin a Crocodile—part 2 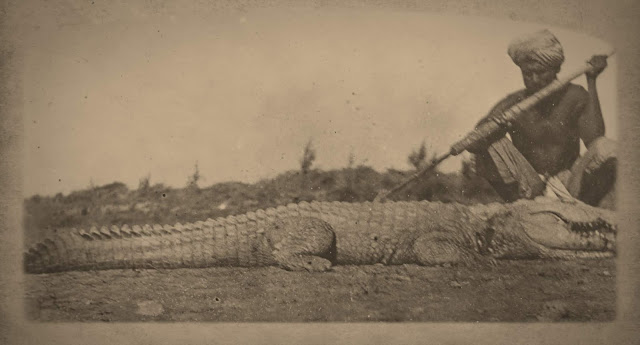 At dawn on June 23, 1757, as the world’s first global conflict raged across Europe, North and South America and West Africa, Robert Clive, a factor for the East India Company and a lieutenant-colonel in the British Army, stood thoughtfully on the banks of the Bhagirathi River some 150 kilometres north of Calcutta. On the face of it, Clive was doomed. His 3,000 British and Indian troops, 8 cannons and 2 howitzers were ranged against 50,000 infantry and cavalry and 300 pieces of artillery belonging to Siraj ud-Daulah, the Nawab of Bengal. The Nawab was confident that morning, but what he didn’t know was that Clive had bribed the leader of a large portion of his forces to stand idle and not take part in the coming battle in exchange for becoming the new Nawab. The Battle of Plassey was a confused affair that lasted all day. It resulted in a victory for Clive and the British and marked the end of French colonial and commercial interest in India and the beginning of almost 200 years of British rule. 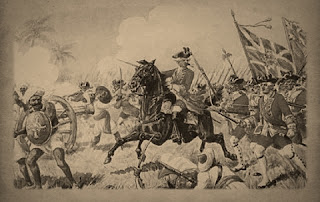 One hundred years to the day after Plassey and almost 1,000 kilometres to the northwest, another battle took place. This was part of a much smaller war, the Indian Rebellion or as it’s known in India the First War for Independence, but it was the turning point in the history of British rule in India. Prior to the mid-nineteenth  century India was administered as a commercial enterprise by the East India Company who maintained order and put down revolts using their own private army consisting of Indian soldiers under British officers. In the Bengal Army, disaffection over several political and religious issues boiled over into open rebellion in the spring of 1857. All across northern India, soldiers killed their officers and any British civilians they could find. They captured Delhi and proclaimed the aged Bahadur Shah Zafar, the last descendant of the Mughal dynasty, emperor. Many other smaller towns were overrun and the British residents fled, were killed or took refuge and were besieged.
In Cawnpore (now Kanpur), the British officer in charge, General Wheeler, relied on his cordial relations with the local Indian leader, Nana Sahib, to protect the Europeans in the city, after all, he had lived in India for fifty years, was married to the daughter of a Hindu woman, spoke the local language fluently and was popular with his troops. Unfortunately, he miscalculated and Wheeler and around 1,000 Europeans and loyal Indians were forced to take refuge in a couple of hastily fortified buildings outside the city.
Despite the unsuitability of the defensive position, shortages of food, water and ammunition, continuous shelling and attacks, and little chance of rescue, the dwindling number of defenders held out for three weeks. On June 23, encouraged by a prophecy that said British rule in India would end exactly 100 years after Plassey, Nana Sahib launched a series of major attacks on the entrenchment. The attacks were repelled, but it was obvious that the end was near. Two days after the attack, Nana Sahib sent a note to General Wheeler offering safe passage for the survivors downriver to Allahabad.
On the morning of June 27, General Wheeler led the 700 or so pitiful survivors of the siege, including many women and children, down to the Ganges River. On the way, the wounded who fell behind and the Indian soldiers who had remained loyal, were killed.
The pathetic column reached the river at Sati Chaura Ghat where, inauspiciously, Indian widows had, as recently as thirty years before, been expected to immolate themselves on their husband’s funeral pyre. As promised, the boats to take them downriver had been provided, but they were stranded on the wide sandbanks exposed by the low water. As the survivors of the entrenchment struggled to clamber aboard, firing broke out from soldiers along the banks and several of the boats burst into flames. In the ensuing massacre, every man from the entrenchment was killed, with the exception of four who managed to escape down the river.